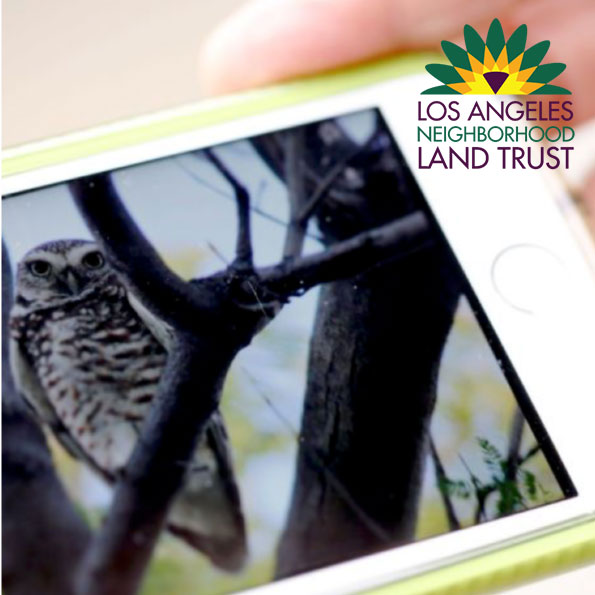 Esperanza Elementary School sits in the middle of the densely populated neighborhood of Westlake/ MacArthur Park. In 2016 with the help of the LA Audubon Society, Natural History Museum and other partners, the school developed a native habitat in one corner of the campus which had previously been mostly asphalt. By 2017 it was designated a bird hot spot and had attracted a burrowing owl that has become their mascot!

Ever since then, Principal Brad Rumble has been looking for a partner to reimagine the rest of the campus.This Winter, the Los Angeles Neighborhood Land Trust did just that. With outdoor classrooms, a larger native habitat and plenty of space to run and play, the design was submitted for a grant that could fund the entire project.

On April 14th, the Neighborhood Land Trust, Principal Rumble and the Esperanza students got the good news. Along with 24 incredible organizations that are greening up California, the California Natural Resources Agency awarded the LANLT just under $1.5 million to complete the project. Work will begin on the new design later in 2021.

Here is what one student said they are hoping for in a new green campus.